Past and Present Intersections 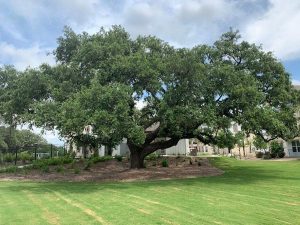 If you are like me, June is celebrated by hot temperatures, Father’s Day and Pride month. For fun, I visited TheSpruce.com and found other observances such as The U. S. Army’s birthday (June 14), National Eat Your Vegetables Day (June 17) and Hug Holiday Day (June 29). Who knew? I also didn’t know of Juneteenth.

Growing up, I had not heard of Juneteenth and as an adult in the east, I had only heard of Juneteenth in passing. I didn’t really understand the magnitude of June 19, 1865 until I moved to Texas. Here, it has always been celebrated because of its origin in Galveston, Texas. Communities celebrate with parades, lectures and special educational programs. It was here that I learned of the delayed message to Texans that slaves were free by Major General Granger’s General Order Number 3.

It made me think of my birth place of Chambersburg, Pennsylvania (a town that was in the north and had been burned during the civil war) and my new home of Texas, where Juneteenth opened my eyes to the delayed freedom for many. What has this latest federal holiday given me? It has given me a hunger to find out more. I’ve heard scholars speak of what happened after this fateful announcement from General Order Number 3. Many were lost. Where do you go when you have nothing? It was also eye opening to hear of how the former slaves yearned for land ownership and kept their love of religion. There is so much more to study and find out. This holiday has much to teach us. It can’t just be a day-off. It must be a day to remember and to reflect. It has made me even more determined to leave this place better for our next generation. The blood and tears of our foremothers and forefathers could not have been in vain.

I hope you were able to get a copy of my book Lessons Learned: Personal Reflections From a Woman Marine. In it, you read a few of my heartfelt stories of my growing up in Chambersburg. Friends contacted me this weekend, to share a look at Chambersburg in “Juneteenth: Together We Triumph- A Soul of a Nation Special Event”, on ABC television. Again, my past intersects with my current journey. Check your local stations to view.
Join me in the promise to learn more and do more. Love conquers all!